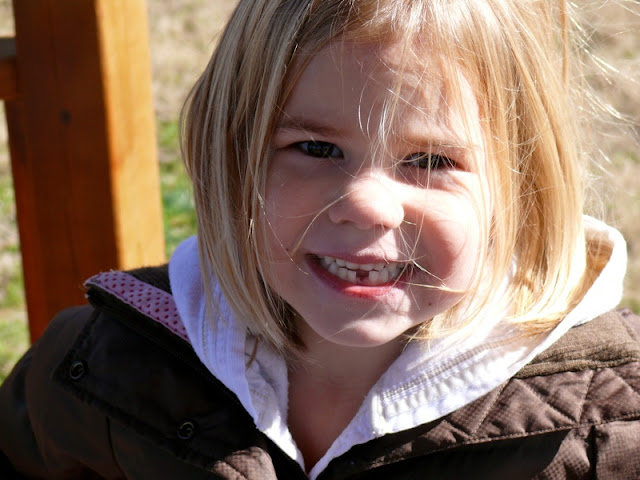 My sweet Caroline! She’s growing up so fast! Look at that beautiful little girl...I just want to kiss her up! In the weeks leading up to Christmas her first loose tooth was getting oh so wiggly. We asked repeatedly if she wanted us to try to pull it, but she wanted nothing to do with it. (I don’t blame her!) But on Christmas night it was obviously beginning to drive her crazy. She kept moving it around, was nervous to eat, kept grabbing paper towels to try to muster up enough courage to give it one good pull, etc. David finally took her back and tried to convince her to pull it, but she still wan’t up for it. After whining again at the dinner table, I took her back to our room and convinced her to let me wiggle it a little. I gave it a little tug, but slipped...shoot! I knew I really only had one good chance at it because if it started to hurt at all she’d be done! About two seconds later it was out!!! Yea! She was so relieved! So proud. I was so shocked that I actually pulled it...my stomach is not near as strong as it used to be and even seeing her wiggle it had been turning my tummy. Her second tooth won’t be far behind.
Posted by Leventhal Family at 12:40 AM