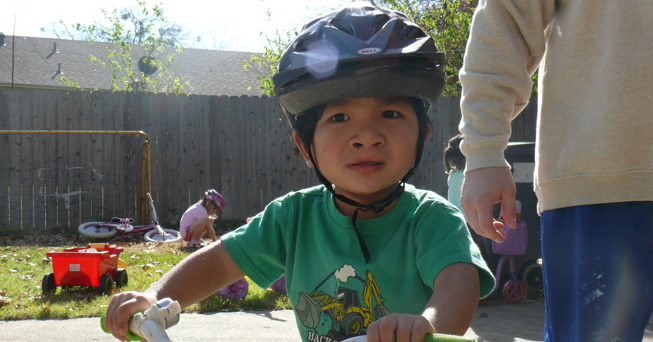 Ah yes...the blog has been quite neglected since being home. Partly due to computer problems, partly due to jet lag, partly due to a stomach bug that invaded our house, partly due to life with 5 kids and minimal “alone time” at the computer. So I guess you could say things are working their way back to “normal”! Slowly but surly...and in some ways way too quickly!

Joshua has done so well in all regards. He’s trying new foods and liking most of them. He finally ate cereal for breakfast this morning -- YEAH! He is making himself at home and enjoys exploring the house and discovering new toys. His favorites seem to be cars, blocks and a building set that was given to us by Cousin Matt several years ago. He’s tried his hand at dress up, kitchen set, and baby dolls as well.

I’ve loved watching him interact with the other kids and seeing how their personalities mesh. Each child seems to bring out a different quality in him and he brings out qualities in them too. He and Lilly laugh so much together...in fact he can make her laugh like no other. It is so much fun to watch. Of course as the days have gone by she has gotten quite a bit more bossy with him and I don’t think he cares for that much....who would! I love watching Abigail step up as the big sister with him and really watch out for him...checking on him to make sure he is okay and has what he needs, coming to get Mommy if he needs help, etc. Daniel has enjoyed having a brother to rough house with and has already instructed Joshua in the game of football. Surprised? Caroline has been less involved than I expected. Probably due in part to the fact that she has not felt well. As always she is very helpful and loving and has probably helped mostly with the practical stuff (getting him a drink, helping with PJ’s etc.)

I think we are finally overcoming the jet lag and getting back into a normal sleep routine. Of course, as soon as the two jet lag girls started sleeping through the night, Daniel and Caroline started waking up with their stomach bug. No fun at all. I’d take jet lag over vomit any day! Thankfully David has taken care of most of it! So very thankful for that! Joshua continues to wake up 2-3 times a night, usually calling for Mama...probably not meaning me, but he does calm down when I comfort him, so for that I’m thankful. We are going to start putting him down on a palate in our room as opposed to the boys room. We’ll see if that helps any. It’s hard to see him so sad...and a little wearing on the nerves at 12, 2 and 4. He usually goes back to sleep rather quickly once he realizes I’m there with him, but I know we’d all benefit from a few good nights of sleep!

I can’t believe how quickly he is picking up on English and sign language (Signing Time - love those videos!). His vocabulary improves daily and he tries to mimic nearly everything we say. Of course, much of what he says is very hard to understand due to his palate still being open. But he’s trying, so that’s good! The sign language has really come in handy and helped keep him from getting too frustrated with the communication.

Enjoy the pictures from our first warm day outside since being home! Yes, we really did let them play in the water sprinkler. It didn’t last long, but it sure was fun to watch! I can’t wait for spring! 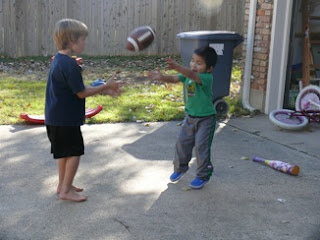 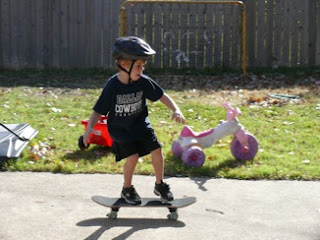 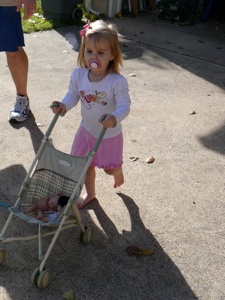 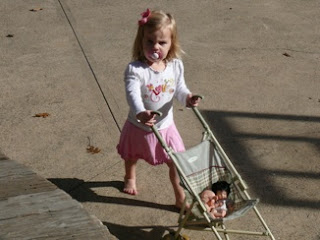 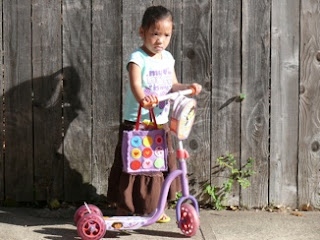 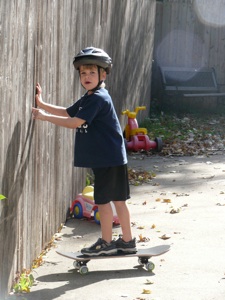 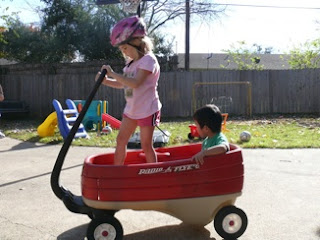 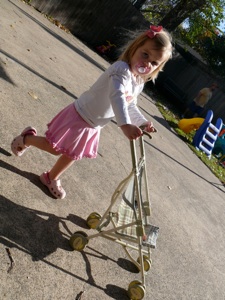 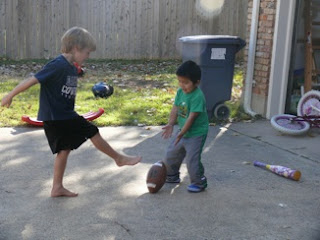 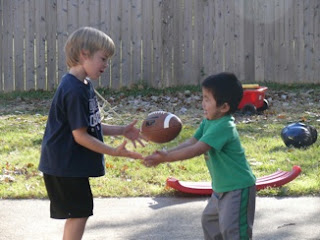 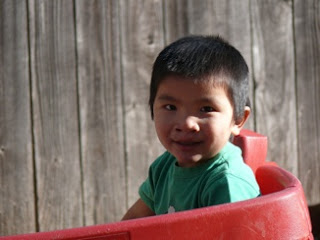 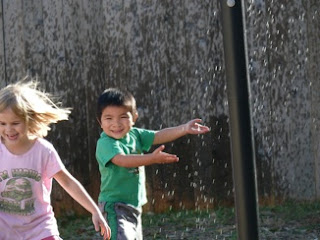 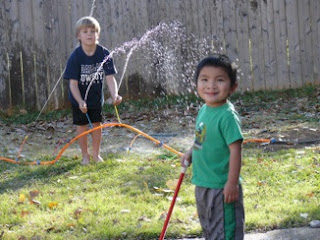 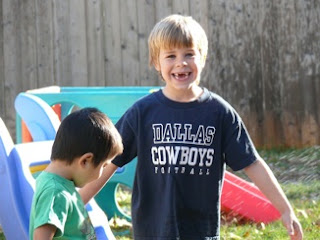 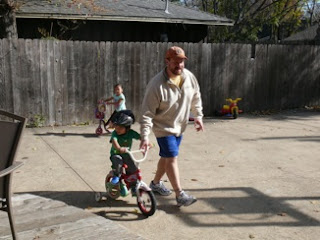 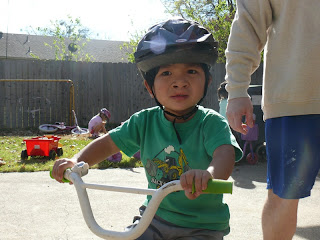 Posted by Leventhal Family at 6:51 PM