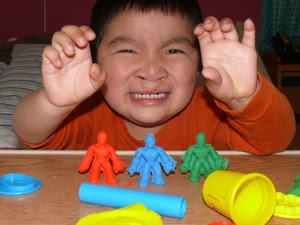 What a trooper! Joshua’s palate surgery went well, and he responded to everything so much better than I expected!

The day before surgery we spent some time walking the halls, playing in the hospital playroom, watching movies, looking at books in the library, playing video games, and just hanging out. And while I thought it was crazy to have a 3 year old required to spend the entire day in the hospital the day BEFORE surgery I think that it really did him some good. It made him comfortable with his surroundings and all the medical stuff in the rooms without being threatened by it all. So, while it was uneventful and a little boring, I think it was helpful...and it gave me the opportunity to connect with my friend (and former coach) Kristi, who now lives in the Houston area! It was such a blessing to get to spend the evening with her!

The morning of surgery Josh was a bit grumpy. The boy does not like to be woken up! But it wasn’t long before they came in with the silly juice and it did the trick. Poor boy kept trying to play a game on my phone, but it was just not working out for him! When we went back into the holding room the nurse asked him if he was ready to go and he said NO! I was a little shocked that he had the wherewithal to even know what was going on. But a few minutes later they were able to distract him and he willingly went to the nurse who carried him back to the OR. I must say the nurses were AMAZING! When surgery was finally done and they paged me he was not fully awake. They said that normally they would have gotten him cleaned up a little better and waited for him to wake up more before calling him back, but that they knew I had been through this before and they knew I was anxious to see him. They said he had been a stinker coming out of anastasia, and that they were going to be moving us to a room right across from the nurses station (which was really just two rooms over from where we were originally!) So I hurried back to get all of our stuff packed up and moved while they prepared to roll him to the room. Once he was in the room, and a little more awake, he got very agitated. He was still hooked up to everything but he wanted out and he wanted in his mama’s arms. I’m so thankful that I took one last trip to the bathroom before they brought him in because the boy would not leave my arms for the rest of the night! He woke up here and there, was restless and groggy, but mostly he slept. Around 3 the nurses realized that I had not made it out of the room for lunch so they brought me a sandwich, some yogurt and chips from the nurses station. I was so thankful! The biggest obstacle was getting regular Tylenol prescribed for him because he would have NOTHING to do with the oral pain meds originally prescribed...and I mean nothing! The boy would start freaking out if you tried to get the medicine cup anywhere near him! A doctor had to call it in, but ours had already left for the evening and because the other pain meds were already in the system it would not clear him for the Tylenol. After a few hours they got it worked out and he joyfully downed the Tylenol. What a difference that made!

The next morning I had the opportunity to connect with a old high school friend of mine that I had not seen in years! It was a real treat to hang out with Kristin for a few hours! By that time we were discharged with a strict soft food diet order. Poor Josh was asking for chicken nuggets not an hour into the ride home! He was not impressed by the mashed potatoes I handed him instead! :) Enjoy the pics! 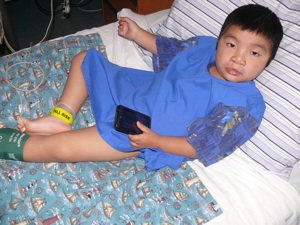 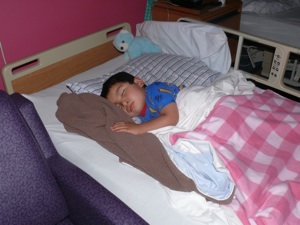 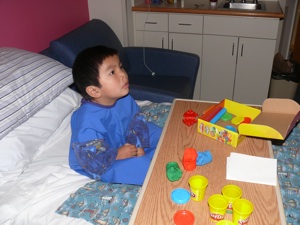 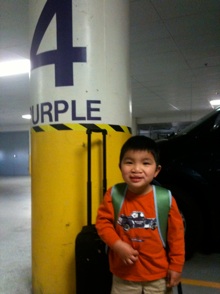 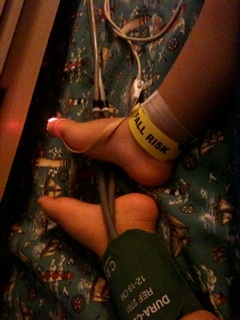 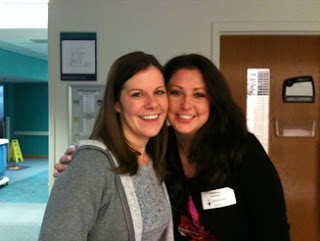 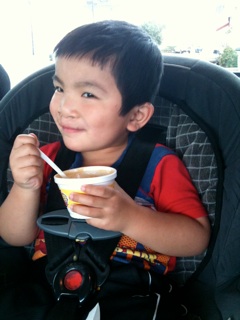 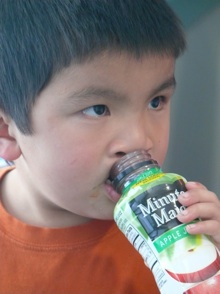 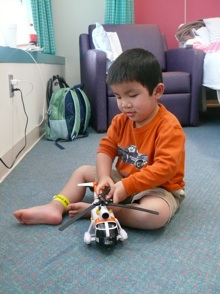 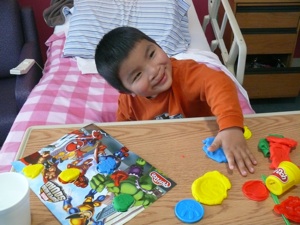 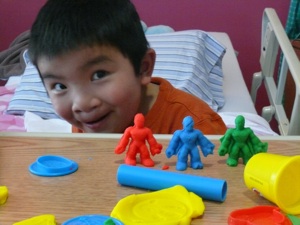 Posted by Leventhal Family at 2:17 PM